When The Brero came to Holland (NL) some years ago, apart from strange food and cultural differences, he also had to overcome the difficulties of learning a foreign language. This proved to be quite moeilijk due to the so-called ‘Dutch cunning trap’. Read all about it in his epic report. Today part 1 of 3.

During The Brero’s first couple of months in Holland (NL) The Brero met some English people who had lived in Amsterdam for around 15 years. They talked about how they liked the city, the way of life, the weather – of course not the weather, the weather is shit, The Brero is testing you so that you remain focussed throughout this article!

Anyway back to the point, they were pretty positive about Amsterdam. The waitress came over, said something in Dutch (which The Brero didn’t understand at the time) and then The Brero waited. The Brero waited to see what came out of these long term expats’ mouths. How convincing was their Dutch? Would they have a good accent? Was it enough to hold some polite conversation with the waitress about jovial things like… the weather? The Brero waited some more. Then the moment came…

“I’ll have a white wine please.”

As an English speaking buitenlander, learning Dutch can be difficult. 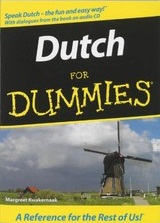 Difficult because the Dutch language is difficult is actually a myth. Difficult because you can’t really practice is closer to the truth. During the first two years no-one will speak Dutch to the typical buitenlander even if the buitenlander makes an effort to string a Dutch sentence together. The buitenlander will try out at a bar “Twee biertjes alstublieft” and the bartender will reply “Thats 5 euros please.” Apart from the price, what else is scandalous about this situation? From just 2 words, the bartender has detected an accent and thus decided the buitenlander speaks even worse Dutch than a Limburger and therefore must talk back in English.

Also during this first 2 years the buitenlander will try to speak Dutch to some friends. What the buitenlander will sometime receive in return from their Dutch friends is something between their best constipation face and the expression you make when you watch one of your friends hooking up with a dead fish when drunk (typical Friday night in Volendam).

So some buitenlanders think – fuck it they won’t learn anymore. Fools! This is where they get sucked into a cunning trap of the Dutch people and Volendammers! As the silly unsuspecting buitenlander reflects on living in Holland (NL) for 2 years, little do they know that they have passed through an invisible Dutch language barrier. Around this anniversary many Dutch people that the buitenlander knows will suddenly expect them to be able to speak and understand Dutch. The logic being that the buitenlander has lived in Holland (NL) for enough time now to have learnt the language. This is despite the fact that for 2 years 99% of the country has refused to speak in Dutch to them.

The Brero must say – bravo! This is a cunning trap Holland (NL)! A very cunning trap! (cue: sarcastic clapping sounds)

In part 2 The Brero will describe how he avoided this unbelievably cunning trap of the upmost cunning. So stay flokking tuned. Brero out!